Getting a Library Card 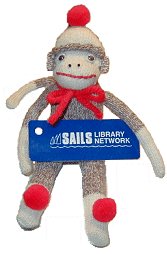 Anyone, regardless of age, can apply for a library card. People under eighteen must have the application signed by a parent or legal guardian. You must bring with you a valid form of identification, a photo I.D. and proof of address.

Books and magazines go out for two weeks.  There are two automatic renewal periods meaning items may go out for a total of 6 weeks. If there is a hold on an item they may not renew automatically.  Books may be returned to any SAILS library.

Compact discs also circulate for two weeks and may be renewed the same as books.  We have a large collection of CD’s and they are packaged in soft space-saving containers. The overdue fine on CD’s is five cents per day per disc.

DVDs go out for one week, except for certain sets that may go out for 2 weeks and may be renewed the same as books. Ten DVDs may be taken out on a card.

adopted October 16, 2007
Public libraries in Massachusetts that do not meet the minimum standards for funding and service necessary for certification by the Massachusetts Board of Library Commissioners (MBLC) are ‘decertified’ by the Board. As such, they are not eligible to participate in reciprocal borrowing with other libraries.

Massachusetts state law (605 CMR 4.01) states that certified public libraries are not required to lend materials to residents of municipalities with decertified libraries.

The Millicent Library will not lend materials to residents of municipalities with decertified libraries, as this places an inequitable burden on the library’s resources and local tax dollars.

Massachusetts General Law (605 CMR 4.01) states, “all residents of the Commonwealth shall have access to reading and reference rooms under the same conditions as residents of the community.” Residents of communities with decertified libraries are therefore welcome to use the Millicent Library resources within the library building.

These pages and their contents are the property of the Millicent Library Created by Carolyn Longworth, Library Director December 21, 1995