The Manjiro Story in a Nutshell 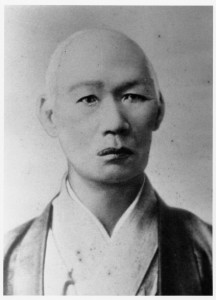 Nakahama Manjiro is one of Fairhaven’s most celebrated historical figures.  He was a poor fisherman who lived in the small village of Nakanohama (now a part of the city Tosashimizu) on the Japanese island of Shikoku.  Trying to help support his family after his father died, the young Manjiro got a job on a fishing boat with four other men.  They were fishing for tuna. The tiny boat (katsuo) got caught up in the Black Current off the coast and the group managed to get to a small deserted island inhabited by birds including albatross which became a large part of their food supply.  The island, called Torishima or “Bird Island” was their home for several months until one day they saw a ship in the distance.

The ship was a New Bedford whaler the “John Howland” whose crew was looking for fresh meat to supplement their food supply.   The captain, William Whitfield of Fairhaven, rescued the group.  Unable to bring them home because of the strict isolationist policies of the Japanese government, they continued their whaling voyage.  In Hawaii, the other men stayed and found work, but Manjiro decided to go back to Fairhaven with the captain.

Arriving in Fairhaven in 1843, the fourteen-year-old Manjiro went to school, learned to read and write, learned the arts of navigation and barrel-making and even went on some whaling voyages.  He helped Mrs. Whitfield on the farm until 1849 when the thoughts of home and family became so strong that Manjiro decided to try and get back to Japan. 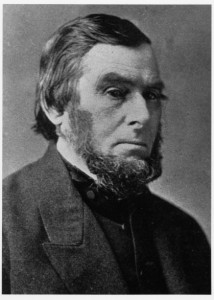 He and a friend from New Bedford went to the gold fields in California where he saved enough for the passage to Hawaii.  Eventually he and some of his old shipmates made it back to Japan where they were promptly arrested.  The other men went back to their villages, but since Manjiro had lived in mainland America, he was taken to the capital and became a valuable piece of the story of Japan’s opening to the west.

Manjiro did see his family again and because of his time here proceeded to become a samurai, achieve the distinction of having a last name, and became of a professor of what would become Tokyo University.  He managed to come back to Fairhaven in the 1870s for one day while on his way to Europe with a diplomatic mission.

is the story of the adventure taken from Manjiro’s interrogation by the Japanese authorities.  The library has a handwritten copy that was made in 1918 by the Japanese ambassador to the United States, Viscount Ishii.

Visit the Whitfield-Manjiro Friendship Society for more information and events.

The Millicent Library was the repository for a Samurai Sword given by Manjiro’s son to the town and presented in 1918 by Viscount Ishii.  This is a booklet that was published to commemorate the occasion.  The original sword was stolen in 1977 and we now have a “replacement” sword donated by several Japanese companies. 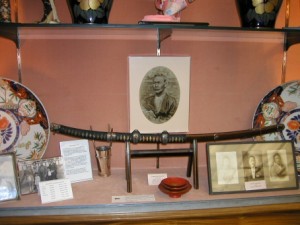